Let's make crypto easy for you.
Shall we?

(Obligatory: This is not financial advice)

1st, Convert your USD to Crypto

Make it easy to buy and hold.

My favorite app. Easy to use, low fees, PLUS you gain interest for keeping your coins there!

To claim the reward you have to download voyager first and then after its downloaded, click this link above. 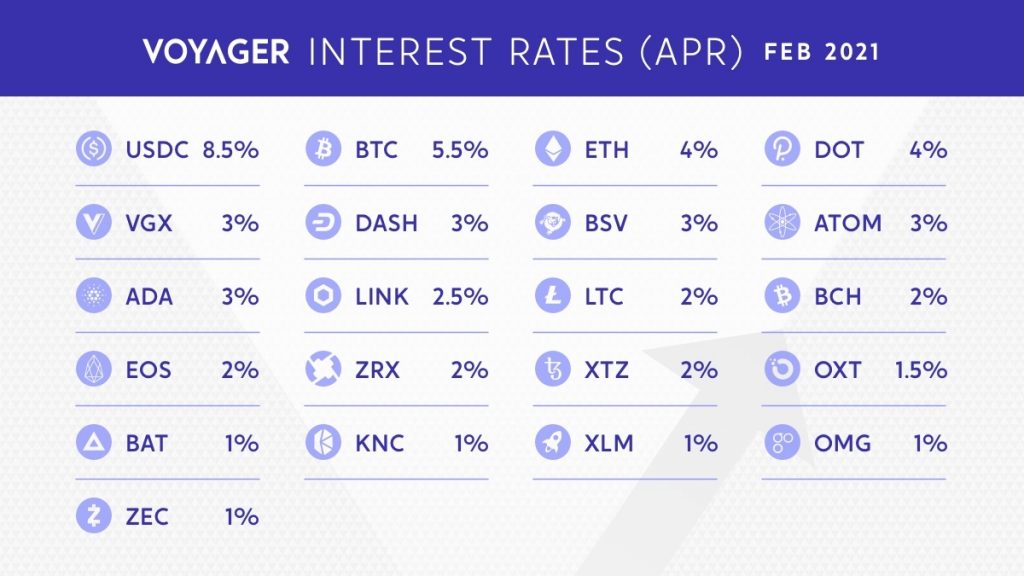 Quick and Easy, with some cool advanced features

The easiest platform to use, but they take the most fees at about 5%.

Not a ton of options in terms of trading.

Now that You have Crypto, you can hold it in a wallet to gain interest!

Best APR yield rates in the game!
App only. Smart and secure. 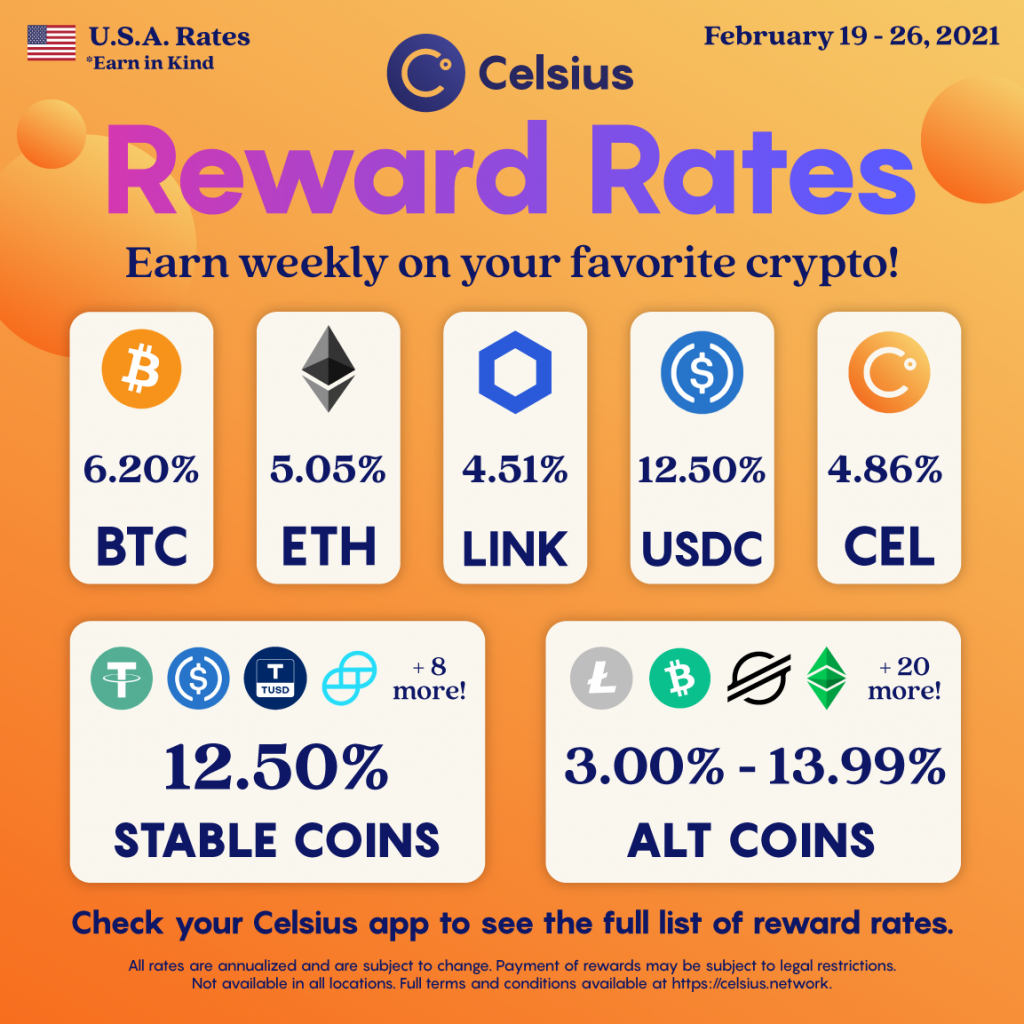 Store your crypto here to gain interest. Keep your coins here too, for additional saftey 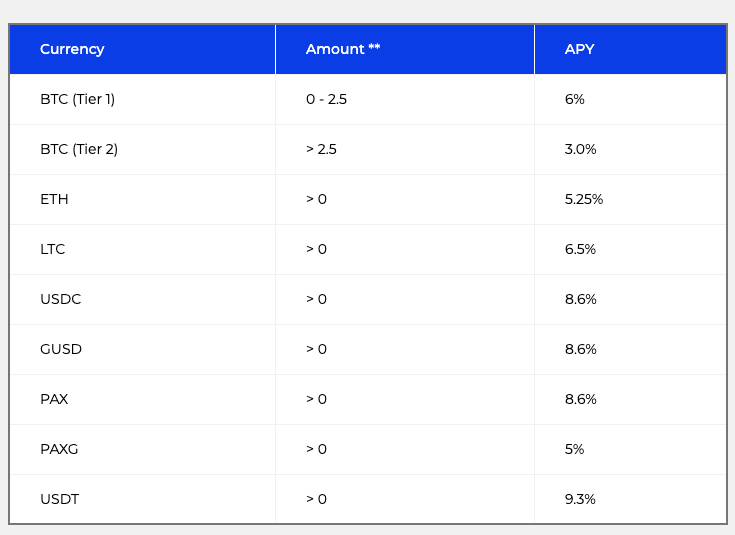 How to Move Crypto from one wallet to another:

3. Confirm that both wallets are the same type of coin. Do any SMS or 2FA authentification for security and submit the transaction.

4. Don’t panic. It should take up to ten minutes for your transaction to be verified int he public blockchain and then you will see the crypto in your receiving address. And done!

Below is the stock to flow model, presented by a Hedge Fund manager from Holland known as Plan B (B for bitcoin). Stock to flow is a common way to measure the value of something by the amount of stock it has versus the amount of flow it has (or utility).

Bitcoin is one of the only currencies in the world that can you can’t print more of, because its a decentralized program that nobody controls. There is a finite amount of it. There will only ever be 21 million bitcoins to ever exist. This means that as time goes on, the bitcoins become more rare and the value goes up.

On top of the value going up because of its scarcity, the value goes up every 4 years when the reward for bitcoin mining it is cut in half. Ever since Bitcoin began in 2010 we see that historically after this “halvening event” bitcoin’s value goes up an average of 10x the following year. We can call this “Bitcoin’s Bull year.”

Currently we are in a bitcoin bull year, where the price of bitcoin is moving from $10k to $100k this year.

It may blow way past $100k by the end of this year, and it may also pull back down to $60k by next year, but it could also go as high as $300k this year before it pulls back.

And $14 million per coin by 2029. By then I expect the US dollar could be hyper-inflated and worthless.

The reason to own bitcoin is not just because bitcoin itself is going up, it’s because over the next decade (or even couple years) we may see a massive real estate, stock market and US currency bubble burst from all of the money we are printing, and if the US economy collapses, then scarce resources like bitcoin, gold and silver may be your best bet at keeping your wealth.

One more thing: I hear some people new to finance say “it’s too expensive.” But that doesn’t matter. If bitcoin was ten cents and you bought $1000 of it and bitcoin went down to one cent then you would lose 90% of your money and be left with $100 from your $1000 investment. 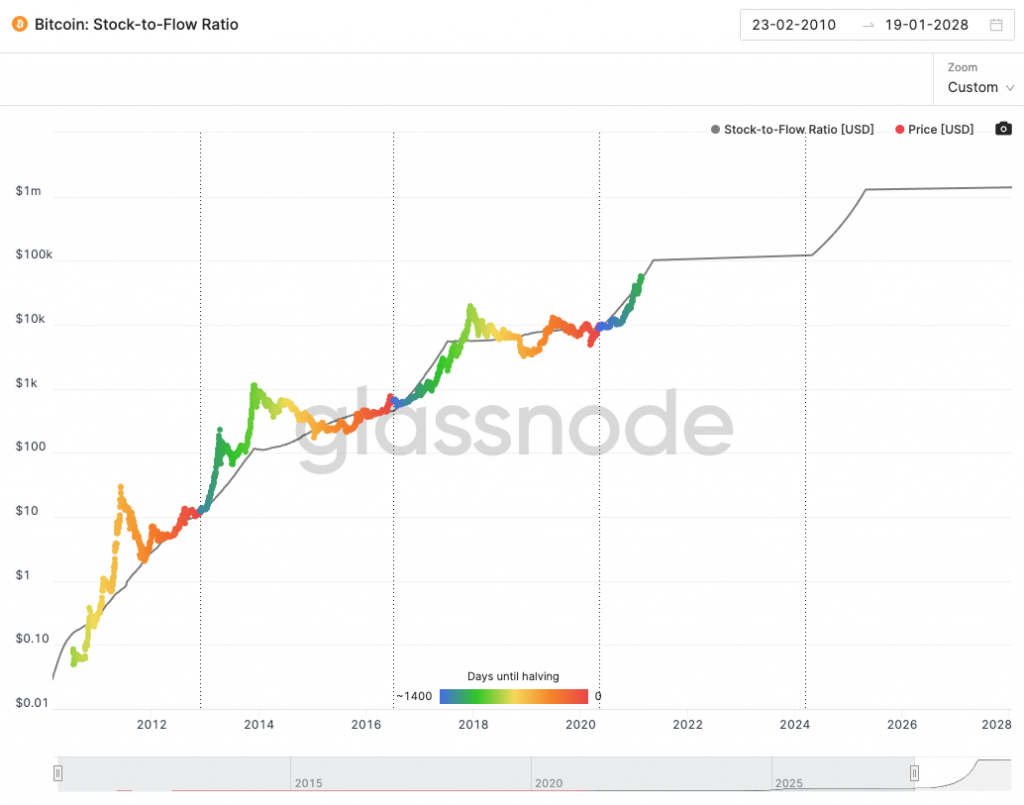 We are currently at the tip of the green line.

You have missed half the season, but there is still more room for growth. We know this because previous years the light green section was it’s highs, plus we are not yet at the high point of the grey line. 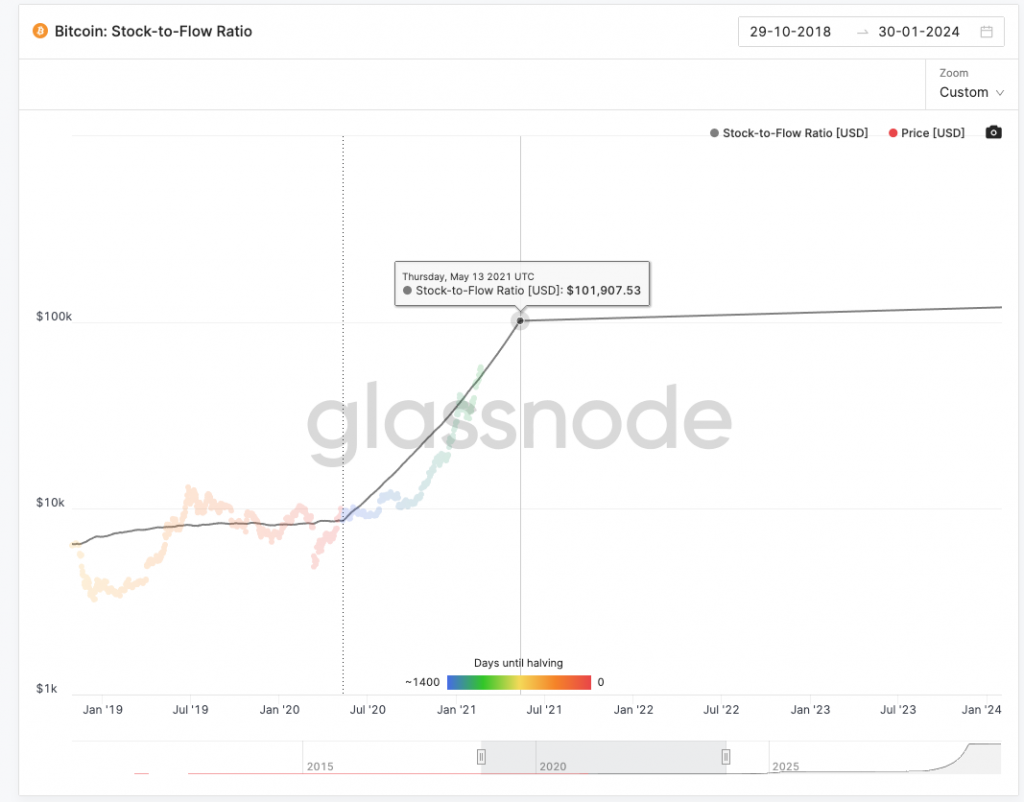 Analyze the chart yourself

A deep dive into why bitcoin is the future of finance and economics.

I recently wrote the basics of what I think you should know into a google doc. This document is a draft that will soon be finished and published on this page with photos and videos. For now, you can read it by clicking the button below. You can also comment on it and suggest edits, because I wrote it in an hour and have not proof read it yet.

This is still a volatile market so trade at your own risk, think long term and try not to get too emotional.

PS. I’m calling everything “crypto” on this page simply because it’s a popular word.

It gets it’s name because the technology behind it is based on the SHA-256 cryptographic hash security protocol invented by US National Security in 2001. This is the same standard protocol used to protect your bank accounts and emails.

But really a better word for all of this “crypto” stuff is “decentralized finance” or DeFi for short.

If you want to thank me with a 2 satoshi tip, then zap a fraction of your Bitcoin to my wallet address: 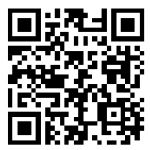 Fun fact: If you knew the location and password to this bitcoin address than you could steal my bitcoin.

But you don’t, so it’s perfectly safe for me to show you the address where I keep my bitcoin.

That way you know where to pay me.